When only a heresy can keep us alive 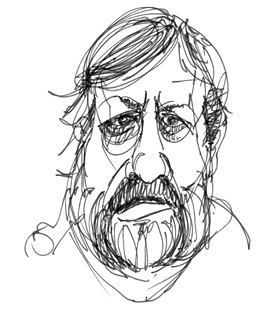 How did Barack Obama win reelection? Jean-Claude Milner recently proposed the notion of “stabilizing class”: not the old ruling class, but the broad class of all those who are fully committed to the stability and continuity of the existing social, economic and political order, the class of those who, even when they call for a change, do this to enforce changes which will make the system more efficient and thus ensure that nothing will really change. The key to electoral results in today’s developed states is: who succeeds in winning over this class? Far from really being perceived as a radical transformer, Obama won them over, and that’s why he was reelected. The majority which voted for him were put off by the radical changes advocated by the Republican market and religious fundamentalists.

But is, in the long run, this enough? In his Notes Towards a Definition of Culture, the great English conservative T.S.Eliot remarked that there are moments when the only choice is the one between heresy and non-belief, when the only way to keep a religion alive is to perform a sectarian split from its main corpse. Something like this is needed to break out of the debilitating crisis of Western societies – and here, Obama obviously did not deliver. Many radical Leftists who were disappointment by Obama’s presidency held against him precisely the fact that the core of his much-publicized “hope” proved to be the hope that the system can survive with appropriate modest changes.

Should we then write Obama off? Is he really nothing more than a Bush with a human face? There are nonetheless signs which point beyond this pessimistic vision. Although Obama’s healthcare reform ended up mired in so many compromises that it amounted to almost nothing, the debate it triggered was of utmost importance.

A great art of politics is to insist on a particular demand which, while thoroughly »realist,« feasible and legitimate, disturbs the very core of the hegemonic ideology. Often, a strategically well-placed precise “moderate” demand can trigger a global transformation. Obama’s healthcare reform was a tentative step in this direction – how otherwise to explain the panic and fury it triggered in the republican camp? Obviously, healthcare reform touched a nerve at the very core of the American ideological edifice – which nerve? Its name is simply “freedom of choice.”

Ridiculous as the infamous Communist tirades against bourgeois “formal” freedom were, they do throw a new light on Obama’s healthcare reform. True, the reform effectively delivers a large part of the population of the dubious »freedom« to worry about who will cover their illnesses, to find their way in the intricate network of financial and other decisions: being able to take basic healthcare for granted, to count on it like one counts on water or the electricity supply without worrying about choosing the water or electricity company, they will simply gain more time and energy to dedicate their lives to other things. The lesson to be learned is thus that freedom of choice is something which actually functions only if a complex network of legal, educational, ethical, economic and other conditions is present as the invisible thick background of the exercise of our freedom. This is why, as a counter-poison to the ideology of choice, countries like Norway should be held up as models: although all the main agents respect a basic social agreement and large social projects are enacted in a spirit of solidarity, social productivity and dynamism are at extraordinary levels, flatly denying the common wisdom that such a society should be stagnating.

In Europe, the ground floor of a building is counted as 0, so that the floor about it is the “first floor,” while in the US, the “first floor” is on the street level. This trivial difference indicates a profound ideological gap: Europeans are aware that, prior to start counting – to make decisions, to choose -, there has to be a ground of tradition, a zero-level which is always-already given and, as such, cannot be counted, while the US, a land with no historical tradition proper, lacks such a ground and presumes that one can begin directly with the self-legislated freedom – the past is erased (transposed on to Europe). What the US have to learn to take into account is the base of the “freedom to choose.”

Obama is often accused of dividing the American people instead of bringing them all together to find broad bi-partisan solutions – but what if this, precisely, is what is good about him? In situations of deep crisis, an authentic division is urgently needed – a division between those who want to drag on within the old parameters and those who are aware of the necessary change. Such a division, not the opportunistic compromises, is the only path to true unity. When Margaret Thatcher was asked about her greatest achievement, she promptly answered: “The New Labor.” And she was right: her triumph was that even her political enemies adopted her basic economic policies – the true triumph is not the victory over the enemy, it occurs when the enemy itself starts to use your language, so that your ideas form the foundation of the entire field. Today, when neoliberal hegemony is clearly falling apart, the only solution is to repeat Thatcher’s gesture in the opposite direction.

“Yurodivy” is the Russian Orthodox version of the Holy Fool who feigns insanity so that he can deliver a message which is so dangerous for those in power that, if stated directly, it would cause a brutal reaction. Do Donald Trump’s post-election tweets not sound precisely like a Holy Fool’s ramblings? “Let’s fight like hell and stop this great and disgusting injustice! This election is a total sham and a travesty. We are not a democracy! We can’t let this happen. We should march on Washington and stop this travesty. We should have a revolution in this country!” Although Trump is in no way a radical Leftist, it is easy to discern in his tweets the doubt about “bourgeois formal democracy” usually attributed to the radical Left: superficial freedoms mask the power of the elites which enforce their will through media control and manipulations. And there is a grain of truth in this doubt – our democracy effectively has to be reinvented. Every opening should be exploited to bring us closer to this goal, even the tiny cracks through which some light shone during Obama’s first term. Our task during his second term is to maintain constant pressure to widen these cracks.